Chocolate, strawberry, butterscotch, coffee, black forest, almond, velvet, marble, upside-down, the list could just go on. I bet you’ve tried at least some, if not all, of these cakes and purred with contentment and delight post devouring them. They are the perfect accompaniment to food and drinks for any celebration and there isn’t a soul on earth who wouldn’t want to dig into one.

Birthdays, anniversaries, housewarming, weddings, baby showers, you name the happy occasion and there’s a cake for it. In fact, all celebrations feel incomplete without a cake. No wonder then, it is associated with good feelings and generosity of heart. It is precisely this feel-good factor that makes it so popular among the classes and the masses.

Admit it, even the mere thought of a slice of a delicious cake sitting on your table waiting for you to gobble it down is pleasing.

Do you ever wonder how the cake came into being? Well, it’s time to douse that curiosity by delving into its rich history.

From ‘Kaka’ to Cake

The birth of the cake dates back to the 13th century Viking era, with its origins in the Old Norse word ‘kaka.’ This word stood for flour-based confection mixed with eggs, and sometimes milk and fat, and sweetened with honey or sugar.

It was essentially a mixture that rose when cooked and develop a spongy surface once prepared. Basically, it started off as bread in its humblest avatar.

Years passed, cooking methodologies evolved, and so did the fermenting and the baking techniques. People’s tastes began to change and they started to experiment more and more with various kinds of breads. The simple bread and its various forms were then categorized according to their type and were named accordingly.

Many believe that cakes go back to the ancient Swiss lake villages, where basic cakes made from roughly-crushed grains, moistened and softened, compacted and cooked over a hot stone were found.

These cakes came to be regarded as the earliest form of unfermented bread, and set the momentum for the future of baking in Europe. Although more biscuit-like in consistency, they are still referred to as cakes.

Being There, Doing That 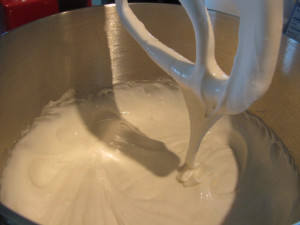 It is believed that the ancient Egyptian culture was the first to demonstrate signs of innovative baking skills by preparing different kinds of breads, which also included honey.

The Romans called their cakes placenta or libum.  They developed their early versions of fruitcakes by adding fruits, nuts, dried fruits, eggs, and butter, and would often use them as offering to Gods.

The Greeks, not to be left behind, developed their adaptation of cheesecakes. They called their cakes ‘plakous.’All these delicacies ultimately made their way into 14th century Britain.

Famous literary geniuses from the Middle Ages were captivated by cake and they made no effort to hide that. The Roman poet Ovid talked about enjoying cake during a party for his and his brother’s birthday in Tristia.

Additionally, Chaucer, one of the greatest English poets of the Middle Ages, spoke of large cakes used in commemoration of special occasions. This goes to show that cake had become the accepted celebratory dessert of the English-speaking world during that time.

Molds, as we call them today, have been in use for shaping cakes since the mid-17th century. During these times, cakes were paired with a glass of sweet wine or tea. Extravagantly-decorated cakes would be displayed at large banquets, which were only meant to provide visual treat, rather than for consumption.

By the 19th century, the French had started to end their meals with a special sweet course. These sweet treats are now called ‘gateau.’ 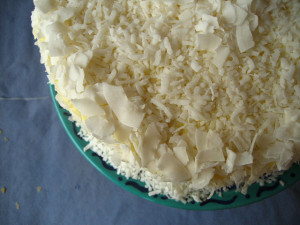 Cakes had become popular in the whole of Europe as well as other places where European influences were strong. However, the cakes baked during those times were a far cry from the cakes that we see today. Perhaps the greatest modification in the cake came about during the Industrial Revolution in the 18th – 19th century.

It was during this era that technology evolved and made baking pleasurable and easy. This technology also helped in the mass-production of baking pans, refined sugar, and even cake mixes.

The flour-raising agent sodium bicarbonate (or baking soda) was invented during this time, and was quickly followed by the invention of baking powder, replacing yeast, which is used for fermentation purpose.

Temperature-controlled ovens were also introduced during this time, which were considered a great technological innovation. Baking techniques never looked back as they evolved continuously during the 20th century right up to the present times.

Cake-baking began to be considered a special skill in the early to mid-20th century society, and the ability to bake a good cake was a much-appreciated talent. They began to be used greatly for hospitality purposes as serving home-made cakes signified prosperity and abundance in the household.

Even today, most parts of northwest Europe, North America, and other regions where European colonies had previously existed, carry on the tradition of baking cakes at home. Needless to say, the variety, skills, and procedures have come a long way from the original methods.

Even though home-baking and the part played by cakes in diet transformed immensely in the 20th century, baking is still perceived as an art and continues to enjoy overwhelming popularity, especially in the English-speaking part of the world. Cakes are still considered ‘treats’ meant to be eaten during important celebrations.

With so many advancements in the world of baking and a variety of cakes being available in all shapes, sizes, and forms, our generation has been lucky enough to be able to enjoy any kind of cake that appeals to our taste buds. The 21st century cakes are an extension of the cakes that our forefathers baked, but with a touch of finesse and imagination, they only make you wonder about their long journey through time, and be thankful that they were invented!